We’re really proud to be celebrating 50 years in business for K.A.Farr & Co.

It truly is a landmark in our success as a family business that has passed from one generation to the next.

K.A.Farr & Co was originally created by Ken Farr in April 1972 with help from his wife Elaine. Quickly moving into premises in Cambridge Road and then to the current offices on Botanic Road, Churchtown in 1981. 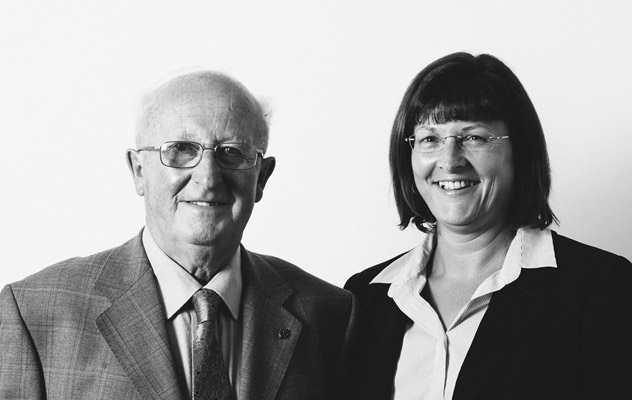 Kathryn (Kath) Farr studied Economics & Social Studies (including Accounting) at Manchester University. She then went on to qualify as a Chartered Accountant with Ernst & Young in 1991 and just a year later joined her father at K.A.Farr & Co.

Kath became a partner in the business in 1994 and in 1996 qualified as a member of the Chartered Institute of Taxation.

Over the following 10 years Kath slowly took over the running of the practice as Ken reduced his hours and retired as partner in 2004. She and her brilliant team, many of whom have worked at K.A.Farr & Co for many years watched the business go from strength to strength. Practice manager Warwick Thomson has been with the company since 1985 and Ken Farr continued in a consultancy role up until he sadly passed away in 2019.

Ken’s legacy lives on in the successful business that he built from a ‘one man band’ to an organisation with 15 members of staff.

A Celebration For The Team & Clients

To mark this momentous occasion the whole team got together and organised a 50th-anniversary party to celebrate.

Many clients both old and new attended the offices in Churchtown to share a drink and many happy memories.

Kath said “I want to take this opportunity to thank all staff, past and present, for their hard work and loyalty. I couldn’t have done it without them.” 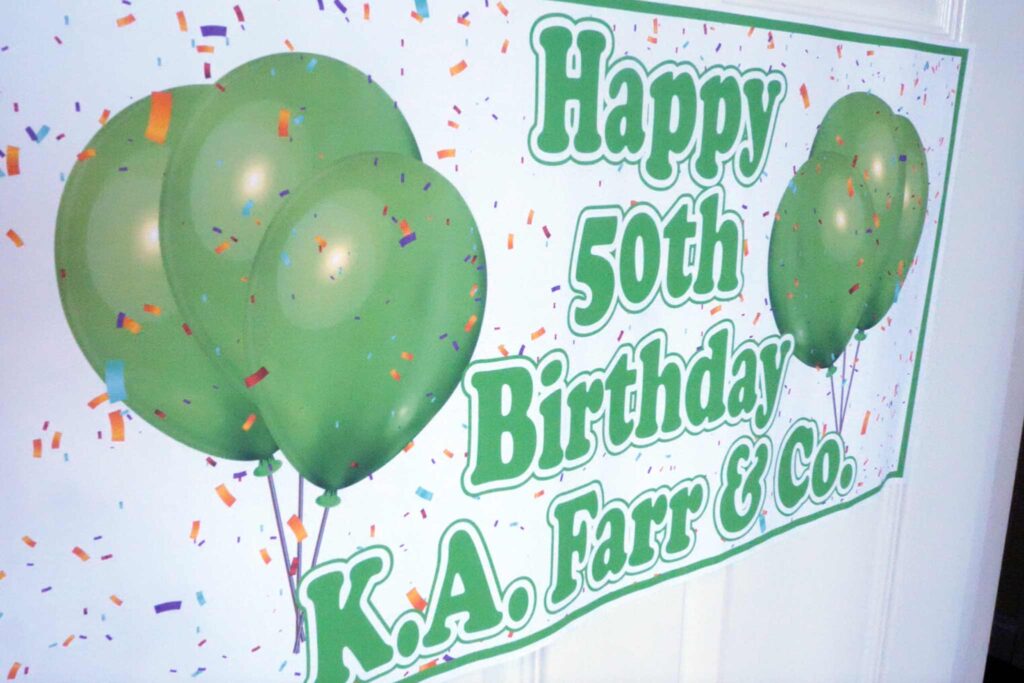 The 50th-anniversary celebrations also got a mention in the local press with a wonderful article in The Champion.

The article featured the history of K.A.Farr & Co as well as highlighting our values as an accountancy firm that prides itself on it’s high standards and ‘no jargon guarantee’.

These values established by our founder are still in place today, meaning we offer sound and practical advice with a personal touch. 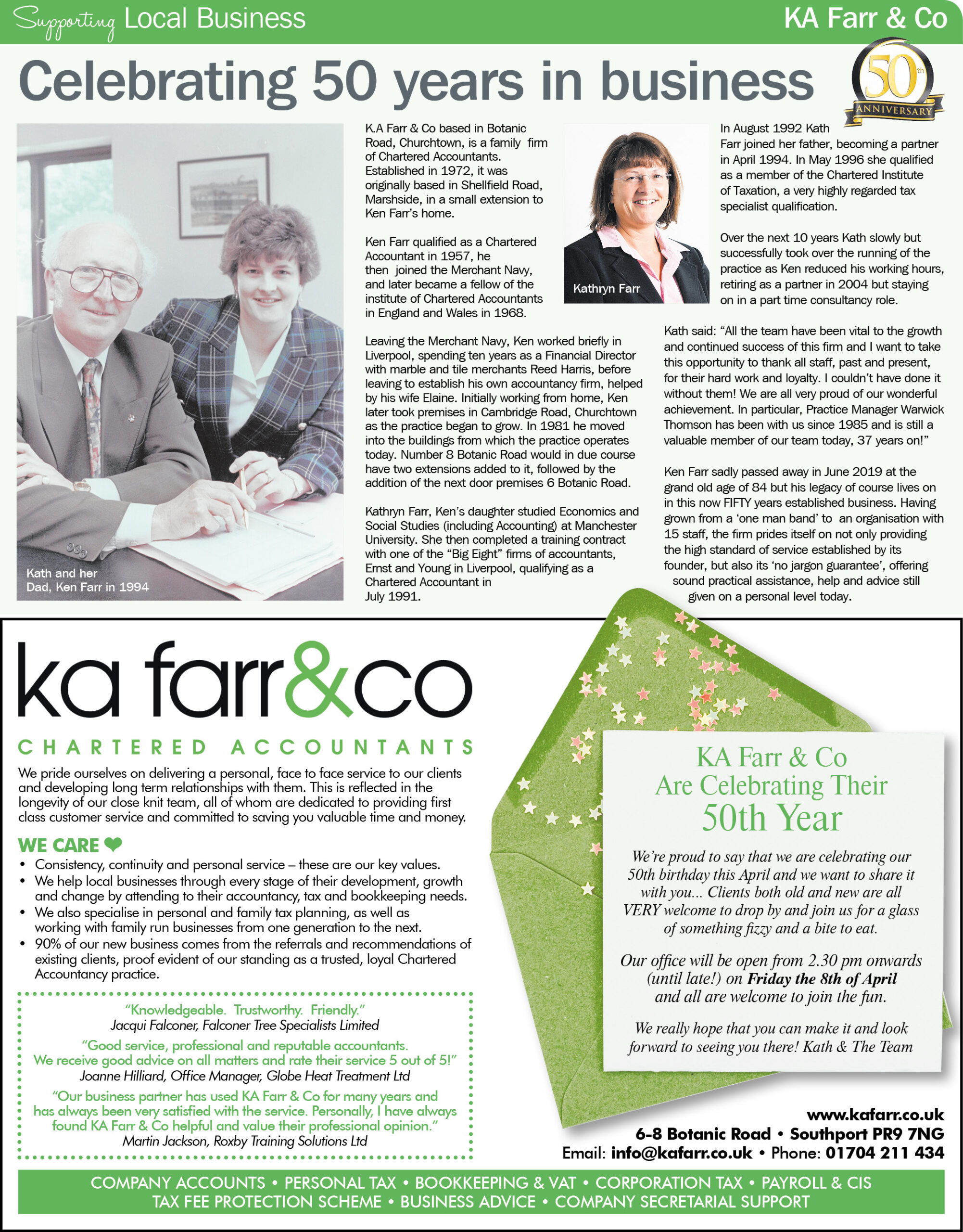